The date of Jesus Christ’s Birth has been estimated and it is NOT even close to the date of December 25 (the winter solstice) as is commonly believed. In fact, the date of Saturday April 17 is closer to the actual date of His birth. The estimated date of April 17 is based on the accounts of Christ’s birth in the New Testament gospels which give reference to King Herod’s reign and dating backwards from the time that Jesus began preaching which was approximately at the age of 30.
“Three details have been used to estimate the year when Jesus began preaching: a mention of his age of "about 30 years" during "the fifteenth year" of the reign of Tiberius Caesar, another relating to the date of the building of the Temple in Jerusalem, and yet another concerning the death of John the Baptist.  Hence, scholars estimate that Jesus began preaching and gathering followers around AD 28–29. According to the three synoptic gospels Jesus continued preaching for at least one year, and according to John the Evangelist for three years.
Four main approaches have been used to estimate the date of the crucifixion of Jesus. One uses non-Christian sources such as Josephus and Tacitus. Another, works backwards from the historically well-established trial of Apostle Paul in Achaea to estimate the date of Paul's conversion. Both approaches result in AD 36 as an upper bound to the crucifixion.Thus, scholars generally agree that Jesus was crucified between AD 30 and AD 36. Astronomical point estimates developed by Isaac Newton focus on the first day of Passover, either Friday 3 April 33 AD or Friday 7 April 30 AD / 7.4.783 AUC / 14 Nisan 3790 HC (Anno Mundi) (Chronology of Jesus, 2017).

Facts About the Timeline of Jesus Birth

Jesus was conceived by Mary and the Holy Spirit  during the time of  Elisabeth's (John the Baptist's mother) pregnancy
Luke 1:24 And after those days his wife Elisabeth conceived, and hid herself five months, saying,
Luke 1:25 Thus hath the Lord dealt with me in the days wherein he looked on me, to take away my reproach among men.
During the sixth month of Elisabeth's pregnancy the virgin Mary became pregnant with Jesus when an angel named Gabriel was sent by God
Luke 1:26 And in the sixth month the angel Gabriel was sent from God unto a city of Galilee, named Nazareth,
Luke 1:27 To a virgin espoused to a man whose name was Joseph, of the house of David; and the virgin's name was Mary.

Note: Verse 26 refers to the sixth month of Elisabeth's pregnancy, not Elul, the sixth month of the Hebrew calendar, and this is made plain by the context of verse 24 and again in verse 36:
Elisabeth was 6 months pregnant in her old age
Luke 1:36 And, behold, thy cousin Elisabeth, she hath also conceived a son in her old age: and this is the sixth month with her, who was called barren.
Mary stayed with Elizabeth for the last 3 months of her pregnancy, until the time the time when John the Baptist was born
And Mary abode with her about three months, and returned to her own house. Luke 1:56
Now Elisabeth's full time came that she should be delivered; and she brought forth a son. Luke 1:57

"Now working from the information about John's conception late in the third month, Sivan, and advancing six months, we arrive late in the 9th month of Kislev (Nov-Dec) for the time frame for the conceptionof Jesus. It is notable here that the first day of the Jewish festival of Hanukkah, the Festival of Lights, is celebrated on the 25th day of Kislev, and Jesus is called the light of the world (John 8:12, 9:5, 12:46).This does not appear to be a mere coincidence. In the book of John, Hanukkah is called the feast of dedication (John 10:22). Hanukkah is an eight day festival of rejoicing, celebrating deliverance from enemies by the relighting of the menorah in the rededicated Temple, which according to the story, stayed lit miraculously for eight days on only one day's supply of oil." Was Jesus born on December 25?
No. He was not. Read more here: http://www.allaboutjesuschrist.org/was-jesus-born-on-december-25-faq.htm​

The Christmas Tree was worshiped as a Pagan God

The only mention of a decorated tree in the Bible is a Pagan God which was feared and worshiped hundreds of years before Jesus Christ's Birth. The Bible clearly describes a tree which was cut from the forest and decorated with silver and gold.
Read more about the Christmas Tree
Chronological Dates of Jesus Birth

The Chronology of Jesus is depicted in the first four books of the New Testament referred to as the canonical gospels.The birth of Christ was predicted in the Old Testament books of the Bible. Determining the approximate date was established by evaluating the time frame based on the Jewish festivals and other events that were mentioned in the canonical gospels during that period.The exact year of Jesus birth has not been accurately established. Two possible time periods have been cited as the possible year (or sometime during these periods) of His birth.
"Jesus was born either before 4 BC (when Herod the Great died) or in 6 AD (when the historical Census of Quirinius was undertaken). The traditional date, 25 December 1 BC(not 1 AD, see below), is a combination between a symbolic choice (for the day of the year) and a calculation of Dionysius Exiguus (for the year itself)."-Chronology of Jesus/WikipediaTraditional: birthc. 1 AD
Suggested birth: Bethlehemc. 6
Suggested birth (Latest). Quiriniuscensusc. 7
Chronology of Jesus/Wikipedia
Year of Birth/Wikipedia

The Plain Truth about Christmas by Herbert W. Armstrong 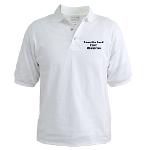 Proceeds from sales in our store go to support our ministry and ministry projects.
Go to the Store: http://www.cafepress.com/LovetheLordfirstTShirtsNStuff
References:
​1. Chronology of Jesus. (2017). En.wikipedia.org. Retrieved 2 December 2017, from https://en.wikipedia.org/wiki/Chronology_of_Jesus