Epistle of I John Chapter 2 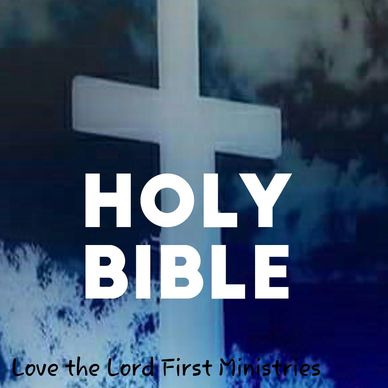 I John 2:1 My little children, these things write I unto you, that ye sin not. And if any man sin, we have an advocate with the Father, Jesus Christ the righteous:

I John 2:2 And he is the propitiation for our sins: and not for our's only, but also for the sins of the whole world.

I John 2:3 And hereby we do know that we know him, if we keep his commandments.

I John 2:4 He that saith, I know him, and keepeth not his commandments, is a liar, and the truth is not in him.

I John 2:5 But whoso keepeth his word, in him verily is the love of God perfected: hereby know we that we are in him.

I John 2:6 He that saith he abideth in him ought himself also so to walk, even as he walked.

I John 2:8 Again, a new commandment I write unto you, which thing is true in him and in you: because the darkness is past, and the true light now shineth.

I John 2:9 He that saith he is in the light, and hateth his brother, is in darkness even until now.

I John 2:10 He that loveth his brother abideth in the light, and there is none occasion of stumbling in him.

I John 2:12 I write unto you, little children, because your sins are forgiven you for his name's sake.

I John 2:15 Love not the world, neither the things that are in the world. If any man love the world, the love of the Father is not in him.

I John 2:17 And the world passeth away, and the lust thereof: but he that doeth the will of God abideth for ever.

I John 2:20 But ye have an unction from the Holy One, and ye know all things.

I John 2:23 Whosoever denieth the Son, the same hath not the Father: he that acknowledgeth the Son hath the Father also.

I John 2:25 And this is the promise that he hath promised us, even eternal life.

I John 2:26 These things have I written unto you concerning them that seduce you.

I John 2:27 But the anointing which ye have received of him abideth in you, and ye need not that any man teach you: but as the same anointing teacheth you of all things, and is truth, and is no lie, and even as it hath taught you, ye shall abide in him.

I John 2:28 And now, little children, abide in him; that, when he shall appear, we may have confidence, and not be ashamed before him at his coming.
​
I John 2:29 If ye know that he is righteous, ye know that every one that doeth righteousness is born of him.

I John 2:5 But whoso keepeth his word, in him verily is the love of God perfected: hereby know we that we are in him.