Parable of the Laborer's in the Vineyard Bible Study with Free printable version, plus Watch our FEATURED VIDEO: THE LABOURERS IN THE VINEYARD and take our new pop quiz! Please be sure to leave a comment in our new comments box at the bottom of this page. We love to hear from you. --Rev. Penny Dean.

Custom Search
The parable of the Laborer's in the Vineyard Bible Study. Matthew chapter 20:1-16 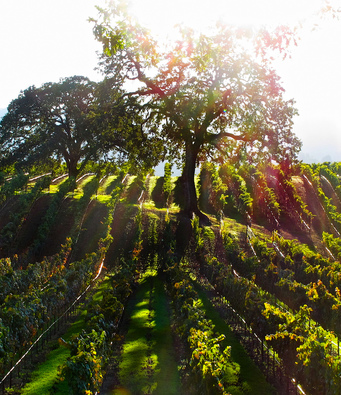 Jesus told the parable of the laborer's in the vineyard where a man hired different people to work in his vineyard at different times of the day and at the end of the day all of the workers received the same pay. Jesus explained the meaning of the parable. "So the last shall be first, and the first last: for many be called, but few chosen". Matt. 20:16 meaning that it does not matter at what point prior to His return that you are called to do His will, but what does matter is that you do it. The same reward awaits for those who have been saved all their lives as those that get saved a minute before He returns. Included are the mother of Zebedee's request for her two sons and two blind men healed by Jesus.Jesus made a comparison of heaven to a man who hired people to work in his vineyard where he grew grapes.The man hired several workers for a penny a day and sent them to work in his vineyard.Three hours later the man went out and found more workers to hire standing around doing nothing in the marketplace.The man hired the workers and sent them to his vineyards agreed to pay them a fair wage and they went to work for him.The man went out again in the sixth hour and hired more workers to work for a penny.Again in the eleventh hour of the day he found workers and hired them also.That evening when the work day was done the man had his steward call the workers so he could pay them.The workers who came in the eleventh hour received a penny each for their work.When the workers who arrived first and worked all day received their pay, they received a penny each.The workers who arrived first did not think it fair that they received the same pay as those who arrived later in the day and they began to complain.The man who hired them explained to the complaining workers that He did not do them wrong because they agreed to work the day for a penny and then he sent them away.Jesus then stated that those who are last will be first and those who are first will be last-many are called but few are chosen.

Featured Video: The Labourers In The Vineyard Matthew 20:1-16 Parables of Jesus Part 22

This pop quiz correlates with Laborer's in the Vineyard Bible Study. It takes only a minute to do. You must have a score of 70% or higher to pass the quiz. You may take it as many times as you need to in order to pass. We will be notified when you complete the quiz. Thank you and have a blessed day. --Rev. Penny Dean.

Free Printable Version of Laborer's in the Vineyard Bible Study

Free printable version of this bible study which can be printed, edited, linked to or embedded on your website.

Jesus Describes his betrayal and crucifixion to His disciples-Matt. 20:17-19

In Matthew Chapter 20, After telling the Parable of the Laborers in the Vineyard Jesus took the disciples away from the people and told them to go to Jerusalem, explaining that He would be betrayed to the chief priests and scribes and they would sentence Him to death.

The Mother of Zebedee makes a request that her two sons could sit on the left and right hands of Jesus when He gets to His kingdom. Find out His answer here:

Whose House is this? Free bible study

A spiritually inspired sermon by Rev. Penny Dean. Click here to view Whose house is this?