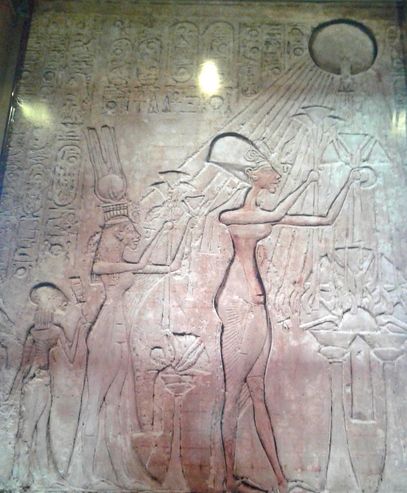 This study shows how worship of the sun god was changed to worship of the Son of God, why the sun god was changed to the Son of God so people could continue their pagan rituals under the guise of pretending to be a holiday to celebrate the birth of Christ. The first recorded date of December 25th being celebrated as Christmas was in 336 during the time of Roman Emperor Constantine's reign (the first Christian Roman Emperor). Pope Julius I, officially declared that December 25th would be the date that people would celebrate Jesus Christ's birth shortly thereafter(4). In the Holy Bible there is no record of a pagan god turning into the Son of God, nor is there any bible verses about Christmas being observed by the Lord's followers-EVER. People continue to deny the pagan truths about Christmas because they do not want to give up the traditions of men because they enjoy them but Jesus said,
Mark 7:9 And he said unto them, Full well ye reject the commandment of God, that ye may keep your own tradition.
​You may be shocked by the following information or maybe you already had a clue. What you do with this information is entirely up to you.

Worship of The Sun Was Changed to Worship of the Son 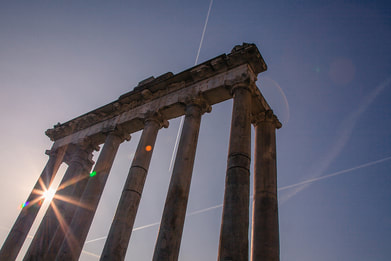 The Buffalo News, Nov. 22, 1984: “The earliest reference to Christmas being marked on Dec. 25 comes from the second century after Jesus’ birth. It is considered likely the first Christmas celebrations were in reaction to the Roman Saturnalia, a harvest festival that marked the winter solstice—the return of the sun—and honored Saturn, the god of sowing. Saturnalia was a rowdy time, much opposed by the more austere leaders among the still-minority Christian sect. Christmas developed, one scholar says, as a means of replacing worship of the sun with worship of the Son. By 529 A.D., after Christianity had become the official state religion of the Roman Empire, Emperor Justinian made Christmas a civic holiday. The celebration of Christmas reached its peak—some would say its worst moments—in the medieval period when it became a time for conspicuous consumption and unequaled revelry (Pack, 1)”.  Scroll down to see why the sun was proposed to be the Son of God.
True Origin of Christmas-Free Booklet >>>

Why The Sun Was Proposed to be the Son of God 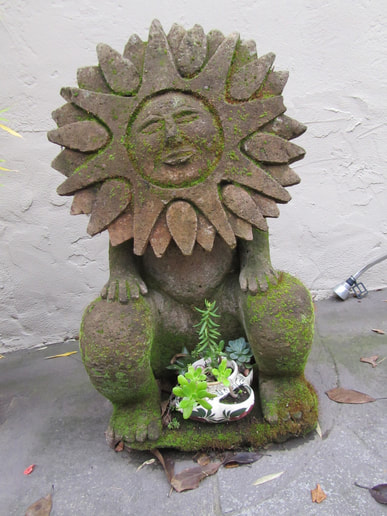 "Satan's church had its beginning at Babylon with the construction of the Tower of Babel on the plain of Shinar by the River Euphrates many generations after the deluge. At the time of the construction of Babylon at the Tower of Babel (Genesis 11:1-4), mankind had multiplied and spoken one language. Cush who was the son of Ham and grandson of Noah (Genesis 10:1, 6), helped to plan with his son Nimrod, a blueprint by which to rule the world of humanity through a wicked counterfeit religion. Nimrod was the originator of sun worship and founder of Babylon. A Bible translation called the Targum says, “Nimrod became a mighty man of sin, a murderer of innocent men, and a rebel before the Lord.”
The beginning of Nimrod's evil plan had its origin at Babel which was later known as Babylon. This city of Babylon with a tower “whose top may reach unto heaven” was built by Nimrod (Genesis 10:8-10; 11:4). They called the tower “Babel, the gate to heaven,” but God called it what it was which was, “Babel, confusion,” for there God confused the language of the people which forced them to scatter. This heaven defying group of people wanted one government to rule the world and one religion to sway the hearts of mankind. This was Satan's attempt to defy God and His authority and the ring leader of his scheme was Nimrod. But God came down and stopped this world wide rebellion at Babel, in defiance of His command for mankind to replenish the earth (Genesis 9:1) by confusing their language into many languages so they could not understand one another's speech. Mankind discontinued the building of Babel and were scattered to different parts of the world (Genesis 11:8-9).
Nimrod had a plan to weld together and strengthen this evil religious system and so he married his own mother who was Semiramis. She was the first deified queen of Babylon and Nimrod was the first deified king. Semiramis was as wicked as her son Nimrod, and as much sold out to Satan and devil worship as did he. Incest was used here as a basis to unite this newly false religious system. Nimrod and his mother/wife would be greatly used by Satan in the following centuries to send countless millions and even billions of souls to hell.
Satan's plan was to develop a counterfeit, opposition system of religion to attract worship away from the true God of Heaven. This false system had its sacrificial plan just as God had a plan of sacrifice. But Satan's pagan worship required the offering up of human beings, which was often the sons and daughters of the worshipers. A counterfeit holy day was instituted in honor of the sun god, (Sun-day) and this was designed by Satan to rob God of his peculiar authority as the Creator of the universe as designated by His Holy day the Sabbath" (5).
​​

In order to determine if it is good and right to celebrate the birth of Christ on a day that was previously observed as one to worship the sun god, it is of critical importance to keep in mind how sun worship began. God has no part in sin. God cannot even look upon sin so if you think He is at your Christmas celebration you may want to consider this:
Habakkuk 1:12 Art thou not from everlasting, O LORD my God, mine Holy One? we shall not die. O LORD, thou hast ordained them for judgment; and, O mighty God, thou hast established them for correction.
Habakkuk 1:13 Thou art of purer eyes than to behold evil, and canst not look on iniquity: wherefore lookest thou upon them that deal treacherously, and holdest thy tongue when the wicked devoureth the man that is more righteous than he?
The Lord does not attend Pagan rituals and certainly is not honored by them. Changing the name of a Pagan ritual and applying it to the one true God does not make it a Holy day, does not make it the Lord's day, and certainly doesn't make it Jesus Christ's birthday.

​Go to Origin of Christmas Part 3