This is a List of parables that Jesus told with correlating bible studies which are below the printable list. These bible studies can be done on the web page, are free to print, download, link to or embed on your website. Powerpoint presentations are available on some of the studies.  Parables are stories that Jesus told which have a hidden meaning.
When Jesus was teaching people he often told stories in parables which had another meaning. Afterwards he would reveal to his disciples the true meaning of the parables when they were alone. When Jesus was speaking he often stated, "He that has an ear, let him hear" Matt. 13:9 which gave a clear indication that there were hidden meanings in His teachings.

The Parable Of The Lost Sheep Bible Study-Free 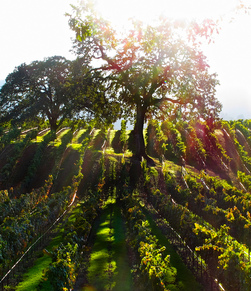 Jesus told the parable of the laborer's in the vineyard where a man hired different people to work in his vineyard at different times of the day and at the end of the day all of the workers received the same pay. Jesus explained the meaning of the parable. "So the last shall be first, and the first last: for many be called, but few chosen". Matt. 20:16 meaning that it does not matter at what point prior to His return that you are called to do His will, but what does matter is that you do it. The same reward awaits for those who have been saved all their lives as those that get saved a minute before He returns. Included are the mother of Zebedee's request for her two sons and two blind men healed by Jesus.  Matt. 20:1-16​​ Go to The Parable of Laborer's in the Vineyard
Laborer's in the Vineyard

The Pearl of Great Price-Free Bible Study With Pop Quiz 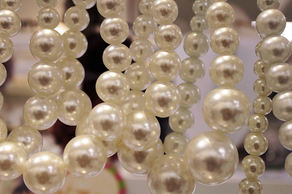 The Pharisee and the publican Free Bible Study

Photo used under creative commons. Wikipedia (1)
The Pharisee and the Publican Free Bible Study
There were two men who went into the temple to pray. One was a Pharisee (priest)and the other a publican (taxpayer) Two men went up into the temple to pray; the one a Pharisee, and the other a publican. Luke 18:10 The Pharisee's prayer was full of conceit, as he placed himself higher than other people and even insulted the publican who was also praying there. He did thank God but in so doing he insulted the publican and sinners because he exalted himself by implying that he is a better person than the publican, extortioners, unjust, and adulterers. Go to The Pharisee and the Publican Luke 18:9-14
Go To Pharisee & Publican Study >>> 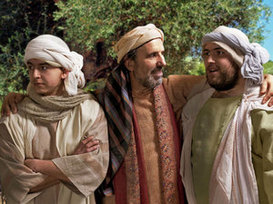 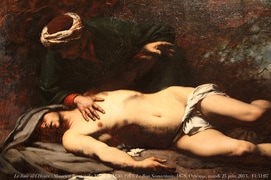 The Good Samaritan Bible Study Package is free! Great for use in individual, group study, or as a pastoral tool. Includes free printable version which can also be downloaded, linked to, or embedded on your website. Plus! This bible study also includes a free slide show powerpoint presentation.

Memory Verse:
But He (Jesus) answered and said, "It is written, Man shall not live by bread alone, but by every word that proceedeth out of the mouth of God." Matthew 4:4