Jesus Christ was Raised from the Dead

20But Christ has indeed been raised from the dead, the firstfruits of those who have fallen asleep. 21For since death came through a man, the resurrection of the dead comes also through a man. 22For as in Adam all die, so in Christ all will be made alive. 23But each in his own turn: Christ, the firstfruits; then, when he comes, those who belong to him. 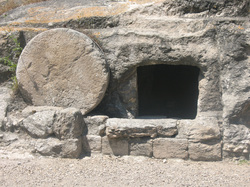 If Jesus was not resurrected then why do we get baptized? 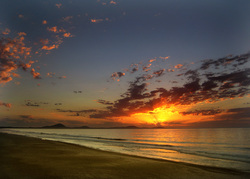 29Now if there is no resurrection, what will those do who are baptized for the dead? If the dead are not raised at all, why are people baptized for them? 30And as for us, why do we endanger ourselves every hour? 31I die every day—I mean that, brothers—just as surely as I glory over you in Christ Jesus our Lord. 32If I fought wild beasts in Ephesus for merely human reasons, what have I gained? If the dead are not raised,
“Let us eat and drink,
for tomorrow we die.”d

33Do not be misled: “Bad company corrupts good character.” 34Come back to your senses as you ought, and stop sinning; for there are some who are ignorant of God—I say this to your shame.

35But someone may ask, “How are the dead raised? With what kind of body will they come?” 36How foolish! What you sow does not come to life unless it dies. 37When you sow, you do not plant the body that will be, but just a seed, perhaps of wheat or of something else. 38But God gives it a body as he has determined, and to each kind of seed he gives its own body. 39All flesh is not the same: Men have one kind of flesh, animals have another, birds another and fish another. 40There are also heavenly bodies and there are earthly bodies; but the splendor of the heavenly bodies is one kind, and the splendor of the earthly bodies is another. 41The sun has one kind of splendor, the moon another and the stars another; and star differs from star in splendor.

If there is a natural body, there is also a spiritual body. 45So it is written: “The first man Adam became a living being”e; the last Adam, a life-giving spirit. 46The spiritual did not come first, but the natural, and after that the spiritual. 47The first man was of the dust of the earth, the second man from heaven. 48As was the earthly man, so are those who are of the earth; and as is the man from heaven, so also are those who are of heaven. 49And just as we have borne the likeness of the earthly man, so shall wef bear the likeness of the man from heaven.

Where, O death, is your sting?”h

56The sting of death is sin, and the power of sin is the law. 57But thanks be to God! He gives us the victory through our Lord Jesus Christ.

58Therefore, my dear brothers, stand firm. Let nothing move you. Always give yourselves fully to the work of the Lord, because you know that your labor in the Lord is not in vain.

Please be patient. Under Construction