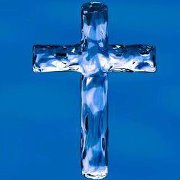 Jesus Christ existed before His physical birth on earth
Jesus Christ is the Word, life, and the light of men, He was here from the beginning of time. An Angel of the Lord told Joseph not to be afraid because the child she was carrying is the Holy Ghost
But while he thought on these things, behold, the angel of the Lord appeared unto him in a dream, saying, Joseph,thou son of David, fear not to take unto thee Mary thy wife: for that which is conceived in her is of the Holy Ghost. Matt. 1:20
John the Baptist prophesied that Jesus was the one that would come after him and was greater than him
And John was clothed with camel's hair, and with a girdle of a skin about his loins and he did eat locusts and wild honey: Mark 1:6
And preached, saying There cometh one mightier than I after me, the latches of whose shoes I am not worthy to stoop down and unloose. Mark 1:7
God spoke from heaven when Jesus was baptized saying Jesus is His Son
And it came to pass in those days, that Jesus came from Nazareth of Galilee, and was baptized of John in Jordan Mark 1:9
And straightway coming up out of the water, he saw the heavens opened, and the Spirit like a dove descending upon him Mark 1:10
And there came a voice from heaven, saying, Thou art my beloved Son, in whom I am well pleased. Mark 1:11
And immediately the Spirit driveth him into the wilderness. Mark 1:12
And he was there in the wilderness forty days, tempted of Satan: and was with the wild beasts: and the angels ministered unto him. Mark 1:13
God spoke from heaven saying, "I have glorified it, and will glorify it again"
Jesus was confronted by Greeks who came to worship at the great feast. Jesus told a parable of the man who loves his life will lose it noting that when a seed fall to the ground it grows and the plant in turn produces many seeds. He told them that his Father would honor the one that serves him. Then Jesus asked the Lord to glorify His name and the Lord spoke from heaven and everyone heard it saying, "“I have glorified it, and will glorify it again.”
Jesus described Himself as the light that you should trust so that you can be sons of light
Jesus pointed out the fact that the voice was for the crowds benefit and not His. Then Jesus said, “You are going to have the light just a little while longer. Walk while you have the light, before darkness overtakes you. The man who walks in the dark does not know where he is going. Put your trust in the light while you have it, so that you may become sons of light.” Yet even after Jesus had been validated by the Father they still remained there questioning him until finally he left and hid from them.
And Jesus answered them, saying, The hour is come, that the Son of man should be glorified.. John 12:23
Verily, verily, I say unto you, Except a corn of wheat fall into the ground and die, it abideth alone: but if it die, it bringeth forth much fruit. John 12:24
He that loveth his life shall lose it; and he that hateth his life in this world shall keep it unto life eternal. John 12:25
If any man serve me, let him follow me; and where I am, there shall also my servant be: if any man serve me, him will my Father honour. John 12:26
Now is my soul troubled; and what shall I say? Father, save me from this hour: but for this cause came I unto this hour. John 12:27
Father gloorify thy name. Then came there a voice from heaven, saying, I have glorified it, and will glorify it again. John 12:28

Jesus Came to save the world

Jesus cried out telling the crowd that He came into the world as a light so that anyone who believes in Him would  not be in the dark anymore.He clearly states that He did not come to judge the world but to save the world. He speaks of the final judgement day for those who do not believe in Him and reject Him. Jesus also states" For I did not speak of my own accord, but the Father who sent me commanded me what to say and how to say it. I know that his command leads to eternal life. So whatever I say is just what the Father has told me to say."
See verses John 12:44-50

Be Ye therefore followers of God, as dear children; Eph. 5:1
And walk in love, as Christ also hath loved us, and hath given himself for us an offering and a sacrifice to God for a sweet smelling savour. Eph. 5:2