Inspiration by John Wayne Hibbitts Sr. --"It's Not Your Time"!

Testimony and baptism of John W. Hibbitts Sr. with pictures and inspirational songs.

The Long Black Train I Almost Got On 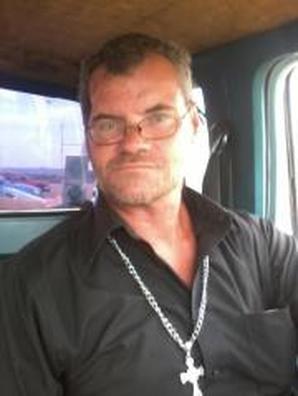 The long black train I almost got on
by John W. Hibbitts Sr.
Hi Folks!
Long Black Train is one of my favorite songs.
I know that the Lord has a special purpose for all of us and I know he has a purpose for me.
There have been many times I have been tempted to ride that long black train.
Sometimes life put me on the train and other times I boarded on my own.
I have learned this much Don't even stand near the tracks!
If it were not for the Lord..
I would not have lived to write you today.

My Testimony by John Wayne Hibbitts Sr.-2010
Life was very dark for me, before I found the Lord. I attempted to board the Long Black Train which Josh Turner sings about. This song symbolizes the pain I felt. Finding no reason to live, I tried to kill myself several times.
The first time:I Took 185 muscle relaxers but God did not let me die. After I found myself alive-I asked God to forgive me for trying to kill myself but my life did not get any easier. Several pitfalls later…
The second time:I Took a 9mm fully loaded sticking it in my mouth, pulling the trigger, I heard it click…over & over again. I kept pulling the trigger until the gun was empty. I took the gun back to where I bought it along with the bullets and told the man he sold me a defective gun. The man looked it over and looked at the bullets stating that I must be lying. Then he put the same bullets in the same gun and fired every shot. God is my witness. God said, “No it’s not your time”. Desperate to prove God wrong…
The Third time:I cut both my wrists and bled until I was unconscious. My brother-in-law found me and when I awoke, God said, “It’s not your time.” Again, I asked God to forgive me for trying to kill myself but my life did not get any better.
The Fourth time: I got drunk one night walking out into a busy interstate, right in front of two semi-trucks. I was actually lifted up and sat down on the road side-out of harm’s way. When I lifted my head, the semi -trucks were passing me by and I was sober, I heard God say, “It’s not your time” Still life did not cut me any breaks.

The Last time:July 4, 2004, My life finally changed:I bought 4 cases of whisky and got my canoe out, heading for the river-hoping I would drown-life held no meaning-no hope-I did not care anymore about anything or anyone. (I had not met my beautiful wife yet, either). A bad storm blew in-on the river-The wind was so strong it knocked me out of the canoe. The canoe hit me in the head. I was dizzy but somehow I managed to make it out of the river, to shore where a camping area was-hoping to find some help. An old man, who owned the camp ground, invited me to his home where his wife fed me. The old man gave some dry clothes to wear. They called my sister which picked me up and took me to the hospital. When the doctor’s did an MRI on my brain they found out I had an aneurism behind my right eye. Suddenly, my life must have meant something to me as I began to pray to God saying, “God, please don’t let me die. I want to live.” God answered me! God said, “Don’t Worry it’s not your time-I have a purpose for you”.

I got saved, this time I asked God to forgive me of my sins and to save me. I was baptized March 27, 2011 in the beautiful, muddy waters of the Brazos River by Pastor David Fowler of Pleasant Valley Baptist church in Mineral Wells, TX. My life has changed for the better-finally. I know God is with me no matter what happens in my life-good or bad.

What I have written is not a story. It is a part of my life-I am not proud of. You see, I realized, I was not alone during my hours of darkness-God was with me-even then. He felt what I felt. His love for me was so strong he stayed with me and did not allow me to destroy myself. I know God has a plan for me just like He has a plan for you. Don’t you ever forget it! Got it? Good! God bless you-every one!
John Wayne was baptized Sunday March 27, 2011 in the beautiful Brazo's River after an inspiring church service at Pleasant Valley Rock Church in Mineral Wells, Texas. Service performed by Pastor David Fowler.
After rising out of the water, John Wayne smiled and remarked to his wife, "I was baptized in muddy water!" The water was cold as it was a chilly morning.
Another young member of the church was baptized in the same service but we cannot give her name without parents permission.
Praise the Lord!
Welcome to the fold John Wayne Hibbitts Sr.© 2012 Deacon John W. Hibbitts Sr.
John W. Hibbitts: Favorite Bible Verses
The Lord is my shepard I shall not want he maketh me to lie down in green pastures. He leadeth me beside the still waters.
He restoreth my soul: he leadeth me in the paths of righteousness for his name's sake.
Yea, though I walk through the valley of the shadow of death, I will fear no evil: for thou art with me; thy rod and thy staff they comfort me.
Thou preparest a table before me in the presence of mine enemies: thou annointest my head with oil; my cup runneth over.
Surely goodness and mercy shall follow me all the days of my life: and I will dwell in the house of the Lord forever.
My Website: Big John Wayne's Survival Shop
Big John Wayne's Survival Shop
My Family
More....
A love letter for you-from Jesus-author unknown