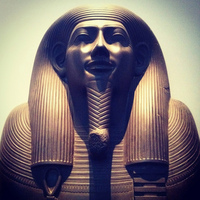 Many claim that there was a birthday celebration for the Pharaoh described in biblical reference. Oftentimes, these verses are cited as proof that birthday's were celebrated in the Holy Bible and yet other's say that only Pagan's celebrated their birth day in biblical history while citing these same verses. Let us see what the bible really does say about the Pharaoh's celebration. Leading up to these verses Joseph had been sold into slavery by his own brothers, the Lord was with Joseph and caused his master to trust and like Joseph and the master allowed Joseph to oversee his house. The masters wife tried to seduce Joseph and when he refused, he ran away, leaving his garment behind still in her hands where she had grabbed it. The masters wife called to the other servants and accused Joseph of trying to lay with her and take advantage of her. When Josephs Master heard about it he was very angry and he put Joseph in prison. Once again, the Lord was with Joseph and Joseph found favor with the prison keeper and put Joseph in charge of everything because the Lord made everything under Joseph's charge prosperous. The kings butler and baker offended the King and were put in prison where Joseph was. Both the baker and the butler had dreams and Joseph interpreted their dreams and the butler was restored to his position in three days, just as Joseph had predicted.The baker was not so fortunate. Joseph predicted that he would be hanged in three days and in fact, that is exactly what happened.
On the third day it was the Pharaoh's birthday and Joseph's predictions of the butler and the baker's dreams happened
The chief butler did not think of Joseph anymore after he was restored to his previous position.

Humble yourselves therefore under the mighty hand of God, that he may exalt you in due time: I Peter 5:6

What the Bible says About Birthday's