John the Baptist: Men in the Bible

About John the Baptist 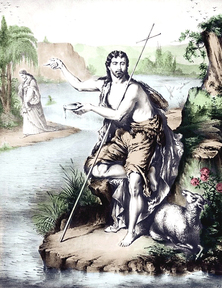 He was known familiarly as “the Baptist” (bearing no relation to the modern day Baptist religion), "the Baptist" means “an immerser, one who administers the rite of immersion” (see Mt. 3:1; 11:11; etc.). The Jewish historian Josephus even refers to John by this designation (Antiquities 18.5.2).

And preached, saying There cometh one mightier than I after me, the latches of whose shoes I am not worthy to stoop down and unloose. Mark 1:7

What other's are viewing

What you need to know about Jesus​Men in the Bible