Conception of John the Baptist

Strange phenomena surrounding the conception of John the Baptist 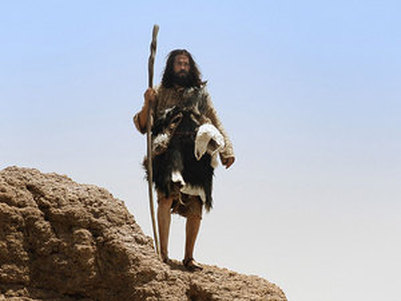 Photo. John the Baptist. freebibleimages.org
The strange phenomena surrounding the birth of John the Baptist
The birth of John the Baptist was no accident. According to Luke and many theological studies it is estimated that John the Baptist was born approximately 6 months before Jesus Christ. Mary and Elisabeth were pregnant at the same time. According to the book of Luke in the KJV of the bible the following is an eyewitness account of the strange phenomena surrounding John the Baptists birth.
Forasmuch as many have taken in hand to set forth in order a declaration of those things which are most surely believed among us, Luke 1:1
Even as they delivered them unto us, which from the beginning were eyewitnesses, and ministers of the word; Luke 1:2
It seemed good to me also, having had perfect understanding of all things from the very first, to write unto thee in order, most excellent Theophilus, Luke 1:3
That thou mightest know the certainty of those things, wherein thou hast been instructed. Luke 1:4
John the Baptist's Parent's had no other children before him
John the Baptist's parents were considered righteous before God, his father was named Zacharias and his mother was Elisabeth.
There was in the days of Herod, the king of Judea, a certain priest named Zacharias, of the course of Abia: and his wife was of the daughters of Aaron, and her name was Elisabeth. Luke 1:5
And they were both righteous before God, walking in all the commandments and ordinances of the Lord blameless. Luke 1:6
Up until the time John the Baptist was conceived Zacharias and Elisabeth had no children because Elisabeth was barren and they were quite old when John the Baptist was conceived.
And they had no child, because that Elisabeth was barren, and they  both were now well stricken in years. Luke 1:7
An angel appear's to Zacharias during the incense burning ceremony
While Zacharias was performing his priestly duties by burning incense in the temple of the Lord, many people were praying, when suddenly and angel appeared on the right side of the altar of incense.
And it came to pass, that while he executed the priest's office before God in the order of his course, Luke 1:8
According to the custom of the priest's office, his lot was to burn incense when he went into the temple of the Lord. Luke 1:9
And the whole multitude of the people were praying without at the time of incense. Luke 1:10
And there appeared unto him an angel of the Lord standing on the right side of the altar of incense. Luke 1:11
An Angel appeared to Zacharias during the incence ceremony.
Zacharias was very afraid when he saw the Angel standing on the right side of the alter but the angel spoke to him. The angel told Zacharias that his prayer's for a child had been answered and that he would indeed have a son and should call his name John.
And when Zacharias saw him, he was troubled, and fear fell upon him. Luke 1:12
But the angel said unto him, Fear not, Zacharias: for thy prayer is heard; and thy wife Elisabeth shall bear thee a son, and thou shalt call his name John. Luke 1:13
And thou shalt have joy and gladness; and many shall rejoice at his birth. Luke 1:14
The Angel tells Zacharias that his son will be great in the Lord's eyes
The angel told Zacharias that his son John would become very great in the Lord's eyes and that his son would not drink wine or strong drink, that he would be filled with the Holy Ghost even while he was still inside his mother's womb, and that he would bring many people to the Lord.
For he shall be great in the sight of the Lord, and shall drink neither wine nor strong drink; and he shall be filled with the Holy Ghost, even with his mother's womb. Luke 1:15
And many of the children of Israel shall he turn to the Lord their God. Luke 1:16
And he shall go before him in the spirit and power of Elias, to turn the hearts of the fathers to the children, and the disobedient to the wisdom of the just; to make ready a people prepared for the Lord. Luke 1:17

And Zacharias said unto the angel, Whereby shall I know this? for I am an old man, and my wife well stricken in years. Luke 1:18
And the angel answering said unto him, I am Gabriel that stand in the presence of God; and am sent to speak unto thee, and to show thee these glad tidings. Luke 1:19
And behold, thou shall be dumb, and not able to speak, until the day that these things shall be performed, because thou believest not my words, which shall be fulfilled in their season. Luke 1:20
And the people waited for Zacharias, and marvelled that he tarried so long in the temple. Luke 1:21

And when he came out he could not speak unto them and they perceived that he had seen a vision in the temple: for he beckoned unto them, and remained speechless. Luke 1:22
And it came to pass, that as soon as the days of his ministration were accomplished, he departed to his own house. Luke 1:23
And after those days his wife Elisabeth conceived, and hid herself five months, saying, Luke 1:24
Thus hath the Lord dealt with me in the days wherein he looked on me, to take away my reproach among men. Luke 1:25
Six months after the angel appeared to Zacharias Mary became pregnant with Jesus
And in the sixth month the angel Gabriel was sent from God unto a city of Galilee, named Nazareth. Luke 1:26
To a virgin espoused to a man whose name was Joseph, of the house of David; and the virgin's name was Mary. Luke 1:27
And the angel came in unto her, and said, Hail, thou that art highly favoured, the Lord is with thee: blessed art thou among women. Luke 1:28

That thou mightest know the certainty of those things, wherein thou hast been instructed. Luke 1:4