Men in the Holy Bible

Custom Search
Men in the Bible is an interesting collection of studies on various men mentioned in the Holy Bible some of which are good examples for you to follow while other's are an example of what happens when you disobey the Lord. Though our list starts with Jesus it includes men from Adam (the first man)to Zacharias (the priest). Scroll down to see our collection of interesting and free bible studies.

Men in the Holy Bible 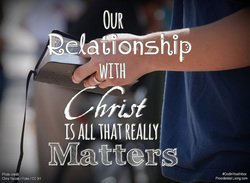 Jesus
The King who was sacrificed to save the human race.
The Twelve Apostles of Jesus
The twelve apostles of Jesus Christ. Detailed biblical facts about the Twelve apostles of Jesus.
Adam
The first man on earth.
David and Goliath
David battles with a giant and wins.
Felix
Most known as Felix the Procrastinator
Find out more about Felix the Procrastinator here:
John the Baptist
John the Baptist prophesied of Jesus and also baptized Jesus.
Find out more about John the Baptist here:
Nathanael
Nathanael was referred to by Jesus Christ as a man without guile.
Prodigal Son
A young man asks for his inheritance early, he wastes all of it and then tries to return home after it is gone.
Saul
Saul became jealous of David and threw a javelin at him
Saul lets his daughter MeRab marry David
Zacharias the Priest
Zacharias was a priest who was married to Elisabeth. An angel told him he and his elderly wife would have a child. That child grew up to be John the Baptist.
Mentions of Men in the Bible
Sons of God mated with Daughter's of Men
Be sure to check back with us this page is still under construction.

When I consider Your heavens, the work of Your fingers, The moon and the stars, which You have ordained; What is man that You take thought of him, And the son of man that You care for him? Yet You have made him a little lower than God, And You crown him with glory and majesty!  Psa. 8:3-6
Home/Privacy Policy/Terms of Use/Mission Statement/Our Core Beliefs/Disclaimer/Free Bible Studies
​Prayer/Membership/Members Bible Study Group/Weekly study group/Our Great Commission/Inspiration/
Current Bible Study Series: End Times Bible Study/Faith Bible Study/Genesis Bible Study/Keys to Blessings Study/Parables Jesus Told Bible Study/Faith Bible Study/Forgiveness Bible Study/Raw Power Unleashed/Pride Bible Study/Origin of Christmas/Jealousy Bible Studies
Other websites by Rev. Penny Dean
​This website created by Rev. Penny Dean
Contact Us: lovethelordfirstministries@gmail.com
Love the Lord First Ministries 2016 Logo created using Logo Garden Logo Maker