Eve of Destruction By AbaloneKid 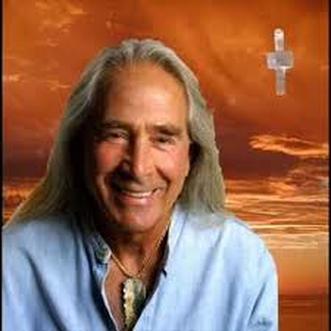 The AbaloneKid
Beloveds;
When God pours out His wrath, He does not always do so directly. One of His most common ways is to simply back away from the nation or person and lower the hedge of protection around them. This is clearly spelled out in Romans 1:18-32. That passage says that when people rebel against God to the point that they begin to worship the creation (some nations do this by LAW) rather than the Creator, God "gives them over" to the evil in their hearts. In other words, He just steps back and lets evil multiply. The passage further states that if they still refuse to repent, He steps back again and "gives them over to degrading passions." And if they persist in their rebellion and sin, He finally "gives them over to a depraved mind" at which point the society destroys itself. Such destruction could be viewed as the wrath of Man, but it is really the wrath of God working through Man.

Romans 1:19 Because that which may be known of God is manifest in them; for God hath shewed it unto them.

Romans 1:20 For the invisible things of him from the creation of the world are clearly seen, being understood by the things that are made, even his eternal power and Godhead; so that they are without excuse:

Romans 1:21 Because that, when they knew God, they glorified him not as God, neither were thankful; but became vain in their imaginations, and their foolish heart was darkened.

Romans 1:22 Professing themselves to be wise, they became fools,

Romans 1:23 And changed the glory of the uncorruptible God into an image made like to corruptible man, and to birds, and fourfooted beasts, and creeping things.

Romans 1:24 Wherefore God also gave them up to uncleanness through the lusts of their own hearts, to dishonour their own bodies between themselves:

Romans 1:25 Who changed the truth of God into a lie, and worshipped and served the creature more than the Creator, who is blessed for ever. Amen.

Romans 1:26 For this cause God gave them up unto vile affections: for even their women did change the natural use into that which is against nature:

Romans 1:27 And likewise also the men, leaving the natural use of the woman, burned in their lust one toward another; men with men working that which is unseemly, and receiving in themselves that recompence of their error which was meet.

Romans 1:28 And even as they did not like to retain God in their knowledge, God gave them over to a reprobate mind, to do those things which are not convenient;

Romans 1:32 Who knowing the judgment of God, that they which commit such things are worthy of death, not only do the same, but have pleasure in them that do them."

Psalm 33:
Psalm 33:12 "Blessed is the nation whose God is the Lord, the people he chose for his inheritance.

Psalm 33:13 From heaven the Lord looks down
and sees all mankind;

Psalm 33:14 from his dwelling place he watches
all who live on earth—

Psalm 33:15 he who forms the hearts of all,
who considers everything they do.

Psalm 33:16 No king is saved by the size of his army;
no warrior escapes by his great strength.

Psalm 33:17 A horse is a vain hope for deliverance;
despite all its great strength it cannot save.

Psalm 33:18 But the eyes of the Lord are on those who fear him,
on those whose hope is in his unfailing love,

Psalm 33:19 to deliver them from death
and keep them alive in famine.

Psalm 33:21 In him our hearts rejoice,
for we trust in his holy name.

COMMENTARY
Psalm 33:12-22 All the motions and operations of the souls of men, which no mortals know but themselves, God knows better than they do. Their hearts, as well as their times, are all in his hand; he formed the spirit of each man within him. All the powers of the creature depend upon him, and are of no account, of no avail at all, without him. If we make God's favour sure towards us, then we need not fear whatever is against us. We are to give to him the glory of his special grace. All human devices for the salvation of our souls are vain; but the Lord's watchful eye is over those whose conscientious fear of his name proceeds from a believing hope in his mercy. In difficulties they shall be helped; in dangers they shall not receive any real damage. Those that fear God and his wrath, must hope in God and his mercy; for there is no flying from him, but by flying to him. Let thy mercy, O Lord, be upon us; let us always have the comfort and benefit, not according to our merits, but according to the promise which thou hast in thy word given to us, and according to the faith thou hast by thy Spirit and grace wrought in us. (Matthew Henry's Concise Commentary)
​Chaim

1. Visit The Original AbaloneKid website: THEABALONEKID.COM".
"To date people from over 190 nations and territories in the world have visited the Gospel Revival Website as well as the jewelry site:
2. Visit AbaloneKids website: ABALONEKIDS.COM. From both sites they have found suitable works to download, and especially the PRAISE music, Praise poetry & Prose (A GOOD ADD ON PAGE FOR YOUR SITE?), bible studies and images of jewelry which have been copied worldwide, also our love gift to this lost world, WITH the hope in some way, OUR LORD WILL WATER WITH HIS GRACE TO SHINE ON SOME WHO WILL KNOW HIS WORD AND HIS LOVE FOR THEM" (AbaloneKid).
Reference:
Original Eve of Destruction Edited for Barry McGuire. (2018). YouTube. Retrieved 21 March 2018, from https://www.youtube.com/watch?v=DOpErJWSIg0