The Parable Of The Lost Sheep Bible Study-Luke Chapter 15

Free printable Bible Study on the Parable of The Lost Sheep, the woman who lost one piece of silver, and the prodigal son is suitable for use in individual, group, or church bible studies. 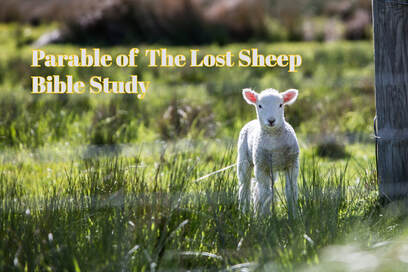